Man, talk about great timing. If you’re looking for something to get you in the mood for Hallowe’en, look no further.

David Mark is best known for the wonderful Aector McAvoy series but stepped away last year to give us The Mausoleum. He continues his sabbatical here with this spooky stand alone, a moody thriller with one toe firmly planted in horror.

Molly is the manager of the Jolly Bonnet, a pub in the Whitechapel area of London. Sound familiar? Yup, otherwise known as the old stomping grounds of Jack the Ripper. Jack may not be around anymore but his presence is palpable as groups of avid tourists are led around the neighbourhood by tour guides in Victorian costumes. And the Jolly Bonnet does its part. Molly regularly dresses as a steampunk madam & the bar is crammed with Victoriana, grisly antique medical equipment & icky things in jars.

For a single mom, it’s an unconventional but necessary way to raise her daughter. Hilda is a precocious 10 year old who spends her evenings in the pub. She has grown up around the odd group of regulars who frequent the place including Lottie, her mom’s best friend.

In alternate chapters we meet the elderly Mr. Farkas. Once an esteemed academic, he now rattles around his big house in Spitalfields, the area many Ripperologists believe Jack called home. From the get-go, it’s obvious Mr. Farkas has a loose grip on reality. But be prepared….pretty soon we have horrifying evidence that he parted company with his sanity a loooong time ago.

It all kicks off when Hilda’s friend Meda goes missing. She’s part of an insular Lithuanian community that avoids contact with outsiders. So when Hilda & Molly turn up looking for Meda, they’re hardly welcomed with open arms. In fact they’re greeted with thinly veiled threats. It’s a situation that soon escalates despite the intervention of a mysterious man named Karol.

Time for me to zip it. You’re on your own from here on in. This is a dark, atmospheric read with a disturbing theme of just how far some will go to hold on to family. The story has faint supernatural undertones & only gets creepier & more violent as we begin to grasp what is actually happening. Even then, I was not prepared for one of the final twists.

Authors take a huge risk when they step away from popular series to deliver something completely different. And it can be hard for fans to go in without preconceptions. I recently had a similar experience with Adrian McKinty’s latest book. But a good writer is a good writer no matter the genre & what hasn’t changed is Mark’s ability to tell a story that keeps your butt planted. I think this is part of a journey he began with The Mausoleum & he’s now fully embracing his dark side. So my advice is grab a seat in a well lit spot. Oh, and avoid quills. (Don’t ask.) 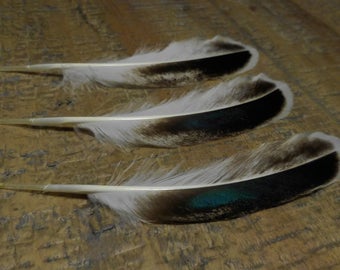